Card counting in BlackJack is a well-known term that even non-gamblers have probably heard in movies. Rising to popularity in the 1960’s after Edward Thorpe’s book ‘Beat the Dealer’ was published, card counting led to single-deck games (which were popular at the time) being easy to beat. It ultimately refers to the ability to count cards while playing Blackjack to turn the house edge in your favor. While this isn’t technically illegal, the majority of land-based casinos will ban players who are caught card counting due to its unfair advantage. Casinos now also use between 6 and 8 card decks at once to make the process of card counting even harder.

Take a closer look at how card counting works and what the strategies are that can be followed.

Learning and refining card counting skills can increase a player’s blackjack edge by up to 2% if the conditions are perfect. Mainly, there needs to be a high proportion of individual cards such as 10s, Jacks, Queens, and Kings. The most important skill is learning how to keep track of the different cards dealt. While not easy, players who intend to card count should come up with their strategies that will easily be remembered.

For the most part, players tend to assign values to different cards. Usually, the smaller cards in the pack have positive values, and the higher cards have negative values. By simply either adding or subtracting as cards are played, the player will have a better idea of which cards are still available based on whether the count is high or not.

A well-versed player will start to place high bets once a deck is deemed positive. This is because most of the smaller cards would have been dealt, leaving a potentially profitable deck waiting to be dealt. In fact, card counters rely so heavily on this method that they will bet hundreds of dollars per hand if they determine the deck to be profitable.

Card counting beginners may make the mistake of placing small bets until they count the cards and the bump up their bids. This is a dead giveaway that card counting is taking place. It’s important to have strategies in place that prevent this.

As casinos are now using more and more decks at one time, it makes card counting tough. However, it’s not impossible to count cards; it does take even more skill and practice than ever before.

In the early 1960’s when single-deck blackjack games were popular, the 10-card counting method was created. This method meant adding 4 points whenever a card that was not 10 was dealt and subtracting 9 points when a 10 was dealt. The higher the count, the more players would bet. While that simple strategy worked on the single deck games, once casinos upped the ante by adding additional card decks, new strategies were needed.

The Revere Plus-Minus Count method was developed by Lawrence Revere which ignores Ace and 8 cards, adds 1 point for low cards dealt, and subtracts 1 points for every 9 and 10 card dealt. The main aim of this method is to end with an actual count which shows that the deck is highly profitable.

One of the first ways that could take on the modern Blackjack games using 6 or more decks is the Hi-Opt 2 system which was developed by Blackjack Pro, Lance Humble. The counting system is slightly more complicated with this system. Aces, 8, and 9 cards have a value of zero, while cards 2, 3, 6, and 7 receive a plus 1 value. 4 and 5 cards are plus 2 and 10 cards are counted as minus 2. The system is very balanced and may even be combined with the second method by more advanced players. If you’re wanting a method that you can practice at home, the Hi-Opt 2 is the one to choose.

The level three counting system called the Uston Advanced Count which was created by Ken Uston who has millions of dollars while playing Blackjack around the world. In this complicated system, 2 and 8 cards have a value of plus one. 3, 4, 6, and 7 cards are valued at plus 2, while 5 cards are valued at plus 3. The 9 card is minus one, and 10 to King cards are minus 3 points. The Ace card counts as zero and is not included.

Card counting is by no means an easy way of being a winner, but there’s no doubt that it can be extremely profitable when done correctly. 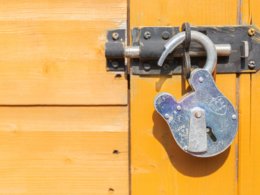 Gambling, in any form, is not only fun but is a good source of money too. There are…
byEddy Cheung 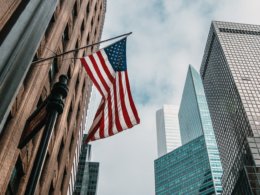 Gambling is one of the most lucrative vices in America. Casinos earn approximately $125 billion in revenue each…
byEddy Cheung 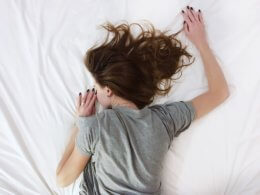 Should You Gamble or not When Tired?

Don’t Gamble When Tired Seeing as online casinos always have the house edge on their side, online casino…
byEddy Cheung 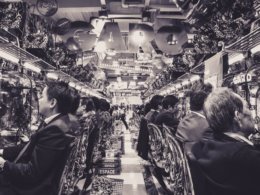