Online gaming fans in Saskatchewan, Canada, will be able to access wagering products in a legalized and regulated environment, after a new gaming website launched in the province at the beginning of November. PlayNow.com launched on November 3, 2022, under the management of SaskGaming and the Saskatchewan Indian Gaming Authority (SIGA). Providing more than 500 online casino games, along with a comprehensive array of sports betting offerings, the website has been welcomed by those who have long been calling for a way to eliminate illegal, unlicensed, unregulated gaming providers in the province.

The launch is not only intended to clean up the image of gaming in the province, but also provide significant advantages to Saskatchewan as a whole – in particular to First Nation communities in the province.

Bobby Cameron, chief of the Federation of Sovereign Indigenous Nations (FSIN) that will be partnering with SIGA, was in no doubt that this is a positive step.

“This historical partnership is the first of its kind, with a First Nations operator for online gaming with revenue sharing between First Nations and the Province,” he said. “This will provide many economic benefits to the residents of the province and our First Nations communities.”

A Single Regulated Option for Online Gamblers in Saskatchewan

The website is the first online gambling offering of its kind in Saskatchewan, and it will be the only one. There are no plans to open the province up to external gaming providers, as SIGA president and chief executive Zane Hansen explained:

“We are excited to be the exclusive provider of Saskatchewan’s first and only legal online gaming site, which will provide a safe and secure option for residents to play their favorite casino games and bet on their favorite sports teams online,” he said.

PlayNow.com will retain the monopoly model it already operates in provinces such as British Columbia and Manitoba. The idea is to create a more manageable situation in Saskatchewan and ensure that regulated online gambling benefits the province directly.

The Changing Landscape of Online Gaming in Canada

Canada’s online gaming market has been in the spotlight recently due to regulatory shifts. The North American nation took significant steps towards reform after an amendment was made to Canada’s Criminal Code back in August 2021. Bill C-218 effectively opened the doors to single-event sports wagering across Canada.

Two of the country’s provinces have also made moves to permit online gambling in the wake of this move. Saskatchewan’s neighboring province, Alberta, began the process of regulating online gaming at the end of 2021, when the Alberta Gaming, Liquor, and Cannabis Commission (AGLC) launched a call for proposals from Albertan businesses who may want to inaugurate gambling operations of their own. It is expected that customers within the jurisdiction will be able to enjoy gaming products before the new year.

Meanwhile, further east, Ontario already has a regulated online gambling market, after the province became the first in Canada to permit this kind of gambling in April 2020. However, as discussed above, Saskatchewan will not be following Alberta and Ontario down this route. 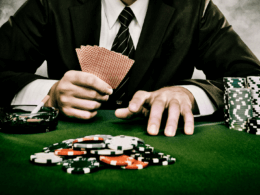 Online Casinos Bonuses for Highrollers Most Internet casinos are happy to accept high stakes wagers, but some companies…
byEddy Cheung 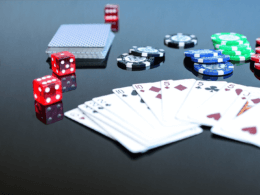 Online Casino no deposit bonus: How does it work?

Ever since the inception of the first online casino, it has become a tradition for online casinos to…
byEddy Cheung