Since its inception in the late 1970s, ESPN has been one of the most recognisable brands in sports broadcasting, across the United States. The Walt Disney Company has owned ESPN for over half of its four-decade-long history. Disney also took over the majority owners of ESPN in 1996.

Quite simply, both ESPN’s management team and the team behind Disney need the sports broadcasters to perform well and remain at the top of the pile.

With ESPN Struggling, Online Sports Betting Could Provide the Answer

However, ESPN has been struggling in recent years. In 2011, there were 100 million cable subscribers to ESPN. Fast forward one decade to the end of 2021, and this number fell to 77 million.

Digital services such as ESPN+ have been growing — with subscriber rates growing by 76% year on year to reach 21.3 million in the Q4 of 2021. However, the streaming service has experienced significant difficulties. In fact, Disney’s streaming operations ran at a $593 million loss in Q4.

Despite this, ESPN and Disney are still enormous brands. They are immediately recognisable to millions of people across the United States and across the globe. This has led to the creation of a new strategy for the two companies — and possibly a controversial one. ESPN will license its name to an online sportsbook.

ESPN reportedly expects to be able to license its identity and branding to a sportsbook provider for around $3 billion. This enormous sum truly demonstrates the strength of the ESPN brand. Even though subscriber numbers are falling, the general public looks at ESPN as a respected sports broadcaster.

Maintaining Separation Between Disney and ESPN

But what about Disney? Disney’s public perception is quite different from that of ESPN. Disney is better known for its family-friendly theme parks and animated movie productions than anything else. This has led to concerns from some quarters. They question whether this indirect association with online sports gambling would harm the Disney brand.

Disney’s executives believe that there is no conflict of interests or potential barrier to the move. Executives have described the “isolation” between the Disney and ESPN brands. Betting activities, they say, should not be problematic simply because these two entities are wholly independent from one another. This means ESPN can pursue sportsbook licensing, and Disney can benefit from this without causing any damage to the reputation or either.

As well as delivering a cash injection for a sports broadcaster struggling to transition into a changing landscape, it is hoped that the move into sports betting will bring other benefits. By associating the trademark with gambling, ESPN hopes to bring in a new generation of subscribers. They also expect to replenish the viewers the channel has lost in the last decade.

During Disney’s Q4 earning’s call, company CEO Bob Chapek had this to say: “We’re also moving towards a greater presence in online sports betting,” he said. “Given our reach and scale, we have the potential to partner with third parties in this space in a very meaningful way.”

Online sports gambling could provide a lifeline for ESPN, returning the Disney property to its position as a major earner for its parent company. However, this transition will need to be carefully managed.

Read on the latest casino and iGaming news at CasinoRank.

NY Online Gambling - When Will It Be Legal in? 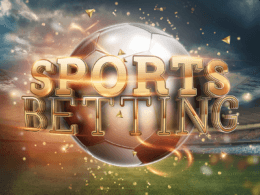 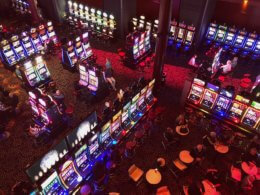 What to look for in a Licensed Online Casino?