Of the 20 clubs in the English Premier League, nine wear jerseys that bear the logo of a sponsor in the gambling industry — including some of the most fervently supported clubs in the country, such as Leeds United and Newcastle United. North of the border, only two of the 12 Scottish Premiership sides feature shirts sponsored by betting organizations — but these two sides are Glasgow’s Celtic and Rangers, by far the two biggest global brands in Scottish football.

The message is clear: the relationship between gambling firms and football teams in the United Kingdom is a lucrative one, and this is before it is taken into account the multimillion-pound deals.

But this could be about to change. British government ministers are weighing up a planned reform of football gambling laws across the Union. It is expected that these reforms will include the closing of a reported “loophole” that is enabling betting firms from outside of the UK to advertise on football team jerseys. The reforms may also be extended to include all betting firms, meaning that no UK football club would be permitted to carry the logo of a gambling organization on its jersey.

In addition to this, it is expected that the rule changes will also cover pitch-side advertising. Currently, advertising hoardings placed pitchside for domestic UK football matches are broadcast to millions of viewers around the world. This makes this space prime real estate for companies seeking to reach a broad audience. It’s no surprise that football gambling firms are among these companies, and that they pay a premium for the privilege.

Potential Leniency for Clubs Outside the Top Divisions

One potential obstacle to the reforms, however, is the status of clubs outside the top divisions. Local members of parliament will need to show that they have the needs of their respective constituencies at heart. This includes protecting the future of football clubs in the local area — many of which carry major cultural significance to communities across the UK.

But it appears unlikely that this will derail the reforms altogether. Sources suggest that major changes to gambling advertising regulation will indeed take place. The impact will be felt most strongly in the premier divisions of England and Scotland. While it is likely that gambling firms will be able to continue to form jersey sponsorship — and pitchside advertising — partnerships with clubs in the lower divisions, the days of seeing the likes of Fun88 and Betway emblazoned on the front of Premier League jerseys may be coming to an end.

This does not mean that gambling sponsorship will cease altogether. Betting firms will still be able to form partnerships with football clubs, and advertise alongside them. It will just be in a different ways. By restructuring their agreements, gambling providers should be able to continue operation in the football market without too much damage, and Premier League betting will continue. Instead, it is the football clubs themselves that are likely to bear the brunt of the proposed changes. 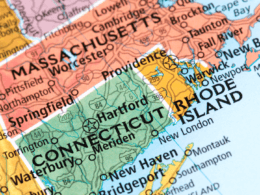 After the soft launch of online sports betting in the American state of Connecticut back in October, it appears…
byEddy Cheung 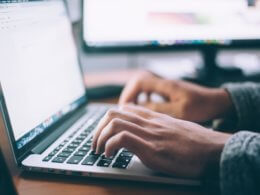 An overview of gambling regulations in Europe Europe or at least the European Union (EU), is considered to…
byEddy Cheung 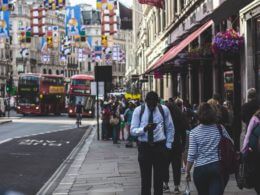 A report by Opinium called ‘Gaming’s not so quiet revolution: The changing face of the UK punter’, aims…
byEddy Cheung