The bout was “embarrassing” according to former undisputed UFC champion and one-time Mayweather opponent in the boxing ring, Conor McGregor. A “disgrace,” said some fans, and “sad for the sport of boxing,” said others. With so many negative reviews flying around, it’s safe to say that this boxing match — after which neither fighter was declared the victor over eight rounds — will not go down in history as one of the sport’s best.

It wasn’t an official fight anyway. Even if YouTube personality and exceptional self-publicist Logan Paul had managed to defeat Floyd Mayweather Jr. — a man known as one of the best pound-for-pound fighters of all time — it wouldn’t have counted for much. Mayweather’s record of 50 bouts without a loss was not at stake here.

This only added to the carnival sideshow atmosphere of the fight, something that led many fans to believe Mayweather was risking something even more important than his record — his dignity.

Controversy and Attention in Equal Measure

So, a total washout? Something to be ashamed of? Well, the numbers suggest otherwise. There was plenty of interest in this fight, whether this interest was generated by a chance to see the retired Mayweather fight again, a morbid curiosity at what could happen to Paul in the ring, or simply a chance to gamble on a unique event.

The bout was shown on pay-per-view platforms, generating $50 million from these sales alone. While it is unclear exactly how much was wagered on the fight, it is evident that the match made a big splash among global gamblers. According to some reports, 4.9% of global online gamblers placed a bet upon the outcome of Mayweather-Paul, with around 57% of bets placed on the younger, taller, but significantly less expert, YouTube star.

These are quite remarkable figures. This was not a bout with a title at stake — this was not even a bout during the normal calendar of boxing competition. Instead, this was a fight between an enthusiastic amateur and a former champion who retired years ago, and an exhibition bout at that. Even for the canniest of boxing gamblers, there would have been very little prior knowledge.

An Irresistible Proposition for Many

What we saw with this fight was the power of novelty. While responsible gamblers can achieve returns if they apply their knowledge and expertise to sports betting, there is also the element of risk and excitement to consider. Betting responsible amounts on what is basically an unknown quantity can add an extra frisson of uncertainty to the experience, making for a thrilling situation.

The fact that the majority of customers opted for Paul over Mayweather underlines this. Fans understood early on that it was unlikely for the former champion to come out all guns blazing and lay Paul out in the first round, recognising that it was far more likely that the young “upstart” was the more likely aggressor. In the end, neither was true, but betters decided that the spectacle was something worth wagering their money on.

There is also the element of being part of such a big event. Like it or loathe it, Mayweather-Paul was a big deal and was — albeit briefly in this fast-paced digital age — the word on everyone’s lips across the boxing community. The feeling that this was a one-off certainly contributed to its power.

Was Mayweather-Paul worth the pay-per-view fee? Probably not. Will the sport of boxing survive this slightly undignified contest? Of course. The real lesson to be learned here is in the power of novelty — if betting providers can tap into the excitement and chaos of this kind of one-off event, they are catering directly to the appetites of their customers. 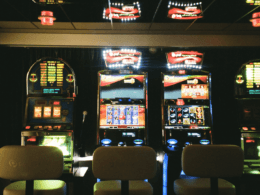 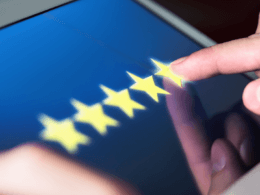 As a player you want to be able to feel safe – which is, of course, from our…
byEddy Cheung 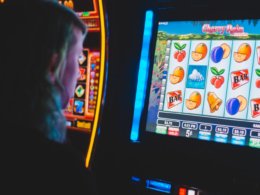 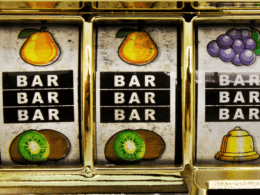