A major concern for many players when they walk into a casino or decide to sign up and play online poker or casino games at any of the many sites around the Internet is whether they can trust the establishment to operate in a fair manner. After all, none of us will sit down at a private game if we feel one of the players or the host was going to have an unfair advantage due to some preplanned strategy to reduce our odds of winning.

Online gaming sites are businesses. Their ultimate goal is to make a profit while engaging their customers, so they come back and invest more time and money in the game. Allowing their customer to enjoy the game requires the players feel safe and protected. Laws and regulations have been put in place to ensure the games are run ethically and legally.

Because the goal is to make a profit and because not every player can win every game, suspicions have been brought to light that the games are rigged. Some of the more popular theories for proof include the number of bad beats, the idea that wins are structured to keep people playing longer [if lesser-quality players win a few games, the idea is they’ll stay around longer in hopes of winning again], and hands are dealt in such a way to increase the size of the pots to entice players and to bring a larger yield to the casino.

While the accusation is that games are set up in a way that the player never wins, the truth is the casino must have an advantage, or they will go out of business. A house edge, however, does not indicate a game is rigged. In addition to the randomness programmed into the game, there can also be streaks of bad luck that will affect individual players. Even when the hands don’t feel random, this is no indication of a rigged game.

Historically, there have been instances of rigged games. In January 2013, Reel Deal and Hi/Lo Gambler were found to be running coin flip games that were not offering a fair deal to players. Despite advertising a 100% payout to players (which indicates no advantage or cut for the casino). As it turns out, the payout was only 96%.

Legally, this indicated fraud. The office as discovered when a player played a free play mode and was offered a fair game. Once she changed to a money game, she logged her results. After playing tens of thousands of hands of Hi/Lo Gambler, she gave the logs to her brother who analyzed them. He concluded the game was not paying her as it should.

Blackjack naturally has a mathematical percentage that favors the house, although the payout percentage varies by the skill level of the blackjack player. Online games use random number generators (RNGs) to ensure their odds match the payout of land-based casinos. The mathematical analysis should indicate the payout will average over time.

The most regular accusations of rigged games occur around card rooms. The feeling is that poker tables are rigged to improve profitability, such as when higher-than-natural odds are given to inexperienced players. Alternatively, an advantage can be provided to skew all-in scenarios for the underdog. A theory is that odds that should fall 78-22 would be changed to 80-20. However, such a scam would be too easily detected. In that case, odds could be shifted for a player that called an all-in versus the player who bet the all-in. This also may be too easy to detect. Another option is that non-all-in hands would be altered for the player who called the bet.

The ramifications of this are obvious. It allows a player to have inside information that would not be available to a player any other way. An understanding of gameplay and betting patterns will allow an observant player to realize when this form of rigging might be taking place.

In fact, this is exactly what happened during a tournament at Absolute Poker back in 2007, when observant players questioned the tournament winner’s gameplay and instigated an investigation which led to the uncovering of a scandal in which online players were cheated out of up to $1 million.

First of all, any online casino that is publically traded undergoes tremendous scrutiny. They are continually reviewed by government officials and 3rd parties to ensure that all their online casino games are fair and that all of their random number generators are in fact that – random. All of these online casinos are forever dealing with government agencies to ensure compliance with the rules and regulations of operating a white listed casino.

If you are unsure of which casinos have a good reputation, ask your friends and family who play, and you will likely get plenty of information on sites that have a poor reputation and those that have a better reputation. Stick with those who have good word of mouth from people you trust.

Lastly, one has to realize that it is actually in the best interest of these online casinos to have big winners. It gives them great PR and word of mouth advertising.

More than casino sites, poker sites have a higher than average chance of collusion, although no higher instance of the site being rigged. Collusion occurs when players converse outside of gameplay to share information about their hands. This type of cheating in online poker does cause at least moderate concern. The fact is, this kind of fraud would be easy enough with IM clients or phone use.

The era of super users and cheating scandals orchestrated by operators is likely behind us, but players should still be alert and watch for suspicious activities by operators.

Japan casino resort could cost up to US$10 bln: Adelson - GGRAsia

What are the most Popular Casino Table Games? 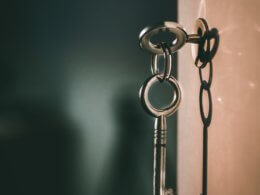 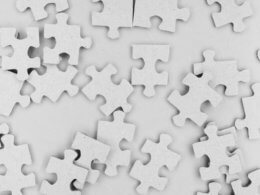 Online Gambling at USA Currently, there are only three states that permit online gambling – Delaware, Nevada, and…
byEddy Cheung 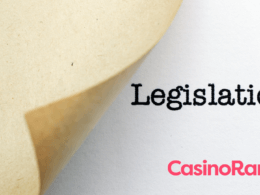