While Americans are often quick to consider Las Vegas and Atlantic City the gambling centers of the world, casinos have a long worldwide history, and famously large resorts dot every continent vying for tourists to visit. As such, many countries battle for the largest resort-style casinos to host gaming enthusiasts daily. If you long for adventure, chance, and spontaneity, consider hitting one of these four jet-setter’s playing paradises, among the largest in the world. Also read the most beautiful casinos article.

A far stretch from American’s gambling grounds, the lavish 546,000 square feet Venetian Macao, among many of the Macao Cotai Strip’s casinos controlled by Sheldon Adelson’s Las Vegas Sands (LVS), boasts 3,000 hotel rooms and guest capacity to match the more than 3,000 gaming machines and 2,000 slot machines. Along with its three large shopping centers, health and wellness centers for the fitness minded, 24 restaurants and bars, four pools, entertainment like Cirque du Soleil’s Zaia show, and of course, gondola rides, and this resort puts anyone in a winning mood. It’s the largest casino in China’s extremely profitable casino sector.

Centered in Ledyard, Connecticut, it’s perhaps the last locale one might expect casinos to flourish. The Ivy Leagues seem more like a state signature, however, the Mashantucket Pequot Reservation owns the 340,000 square feet signature blue-and-white Foxwoods Resort Casino. Foxwoods provides visitors more than 6,300 slot machines to play, with a total of over 7,000 gaming machines to try their luck. Including the Foxwoods MGM Grand casino, the property hosts six casinos, totaling to 4,700,000 square feet of gaming and entertainment. The Foxwoods Resort hosts 29 restaurants and bars, including the famous Hard Rock Cafe franchise, and a two-story kid’s arcade to keep players of all ages occupied, entertained, and begging to come back.

At 266,360 square feet, the Tusk Rio Casino Resort may not measure up to the larger casinos of Macao and Las Vegas, but it’s still the largest casino in the Southern Hemisphere. The Tusk Rio brings the spirit, color, and vivacity of Brazil’s Rio de Janeiro Carnival to South Africa in a first-class resort, located just a few hours from Johannesburg. Tusk Rio provides 257 gaming machines, on both smoking and non-smoking floors, 70 plush hotel rooms, and two restaurants promising exotic and indulgent cuisine adventures. Nothing encompasses the casino spirit quite like the samba spirit of Rio’s Carnival, but set in South Africa, the lifestyle beats with a stronger heart.

The largest casino in Europe, the 165,000 square feet Casino Lisboa sits in the center of the capital’s Park of the Nations and marks a major landmark that facilitated Parque Mayer’s rehabilitation in 2006. This casino is the sister-property to the Casino Lisboa in Macau, but offers an urban background in the decadent theatre district instead of sitting among many similar attractions in a usual tourist town. With more than 1,000 gaming machines, seven restaurants, and 1,000 hotel rooms, the resort displays a cool demeanor in a historically and culturally rich city that trumps the more traditional casinos of Monte Carlo.

Among the best spots for big-spenders with ready hands, these casinos take luxury and gaming to the extreme. You’ll feel like a celebrity at these resorts and go home feeling successful. Why not take a chance?

Most Beautiful Casinos in the world 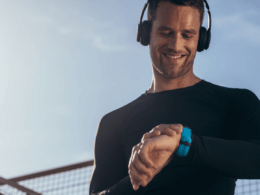 Is Smartwatch Gambling the Future?

It wasn’t so long ago that smartwatches were considered ultra-futuristic and largely impractical. While smartwatch technology has been…
byEddy Cheung 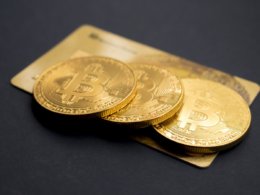 Bitcoin is rapidly taking over the online gaming industry

If you haven’t heard of Bitcoin by now, then it’s time to take note, as this digital currency…
byEddy Cheung 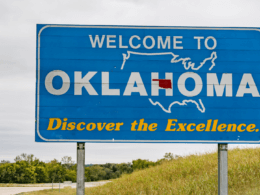 A New Bill Could Legalize Sports Betting in Oklahoma 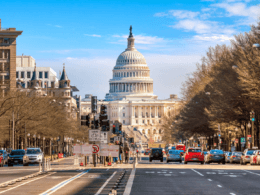