If you’ve ever played some of your favorite casino games online compared to in a brick and mortar casino setting, you can be the first to say that there is a difference in how they’re played, their outcome, and the overall enjoyment of the game. But every gamer is different, and if you’re an avid casino visitor that’s attempting to try out the online casino lifestyle for the first time, then you’re probably curious as to what all is different about playing craps online, and on a real live table during all the hustle and bustle of regular casino life.

The first thing you’ll notice is different about online craps VS in-casino craps will be the overall odds of the game. But, since they are so similar or are the same as the live version, it can be hard to tip-off. The main difference is that the live odds need to be kept more manageable for the dealers and the players as well – which is why they use whole dollar amounts. When you play online, the payments will include cents as well, since the computer will end up doing all the calculations for you.

The rate of the game online will be noticeably quicker than if you were playing a live version in a casino. With the game being completely automated and run by a computer, things like your payouts in bets, rolling dice and the posture of your shooting will all mostly be automated, and these decisions and physical movements both by you as the player and the dealer aren’t going to be slowing anyone down. When you’re playing online, you also won’t have any other players to be up against, so it’ll be you against the house almost every single time.

Simple things that you do while playing craps live won’t have to be considered if you switch to the online version, even if it is just for one night. Simple things that you’d need to keep an eye out for in the live game is making sure that you only buy with the puck is off, don’t get too cocky and celebrate, and watch who you’re playing with – not to mention being aware of your surroundings and where you’re at. All of these don’t apply to online craps. Like mentioned before when talking about the speed of online craps, you usually won’t have to worry about these outside distractions due to its automation and because you’re never really going to be playing against other live players, just the house.

Since you’re not playing with an actual dealer, just one that’s automatic from the computer, the way you tip is going to be completely thrown off. Tipping live is simply just placing a bet down for the dealer that you’re playing with. Two-way bets and other variations are common when playing craps live. But when playing online, you do not tip at all. Save yourself the money, time, and effort and skip it all together.

One of the main reasons that people go to casinos as often as they do and spend their money is simply due to the vibe that they get from going, playing their favorite games and even possibly winning. The addiction and adrenaline that you get from hearing all the excitement going on around you is enough to make anyone want to jump in and join the fun. When playing online, you’re obviously not going to get the real feel, or the buzz that you would from stepping foot into a live casino.

The last main difference is having to keep an eye on your chips in the rail in front of you is a simple move that most craps players learn right away, and keeping an eye on your chips, so someone with sticky fingers doesn’t take them is a lesson you teach yourself – especially if someone’s ever taken your chips. When playing online, everything is automatically calculated, added to your bonus and protected for you. 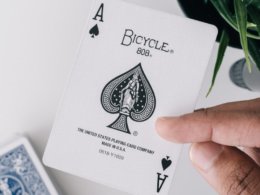 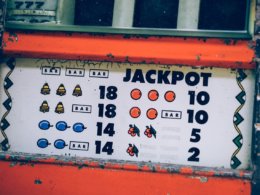 How to Win at Video Slots – The Simple Guide

Video slots are games of chance. No matter what skills you have, you can’t make a slot machine…
byEddy Cheung 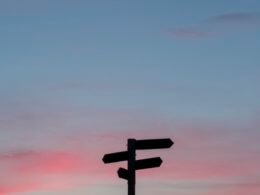 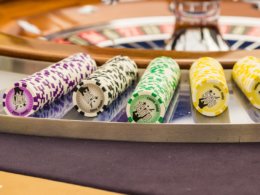