The National Council on Problem Gambling defines problem gambling as, “Gambling behavior which causes disruptions in any major area of life: psychological, physical, social or vocational.” This may include pathological and compulsive gambling, which is a form of addiction that grows worse as time progresses.

The National Council on Problem Gambling (NCPG) and other sources note the following statistics.

There are an array of harmful effects arising from problem gambling, including:

The Mayo Clinic identifies the following risk factors for developing a gambling problem.

Online gambling casinos earned $29.3 billion in 2010, an increase of 12 percent.Morgan-Stanley projects that online gaming in the United States will be worth $9.3 billion by 2020. Currently, some states allow online gaming, including Nevada, New Jersey, and Delaware.

The fastest growing segment of the population involved in online gambling is college students. A University of Connecticut study showed:

How We Rank Online casinos 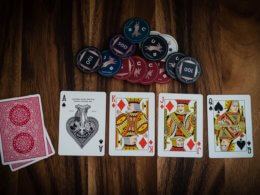 Gambling is supposed to be something exciting and fun that you do because you enjoy it. But unfortunately,…
byEddy Cheung 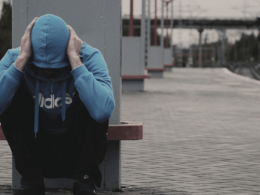 Millions of people have a gambling problem. Whether it’s $2 lottery tickets or $200,000 stock market bets, here’s how…
byEddy Cheung

Slot Machine Addiction Linked to Immersion in the Game